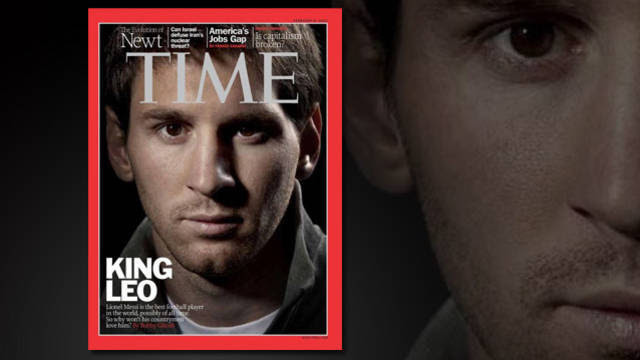 I didn't even know Messi was on TIME magazine in the last February issue. Well the public gets to vote as to who gets to be on the next April edition of the Top 100 people of 2012. Vote here for Messi,

It makes me so happy to see him get recognized and known as one of the best players of the world. Below is the link of his interview with Bobby Grosh where he discusses about his success, competition, and the World Cup in 2014.

The game yesterday between F.C. Barcelona and A.C Milan ended with 3-1. Messi scored two goals during the game and Andres Iniesta scored the other goal near the end of the game. While A.C. Milan scored one goal in the game.