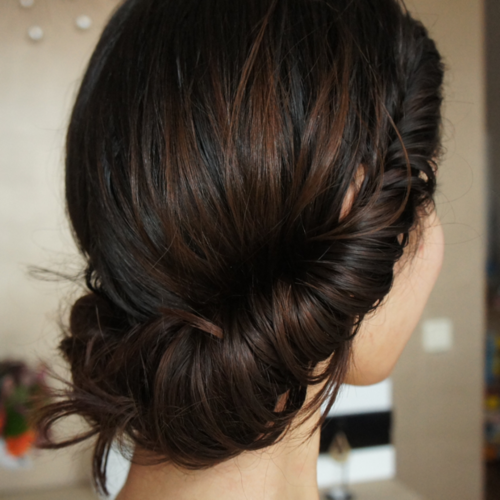 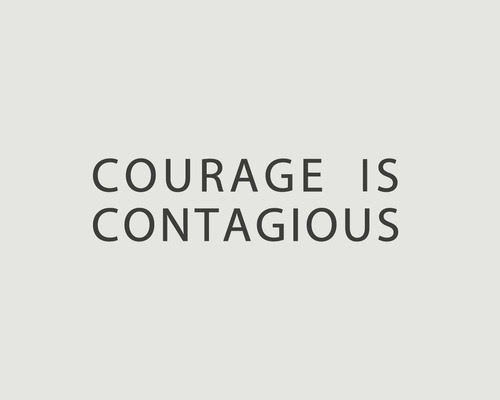 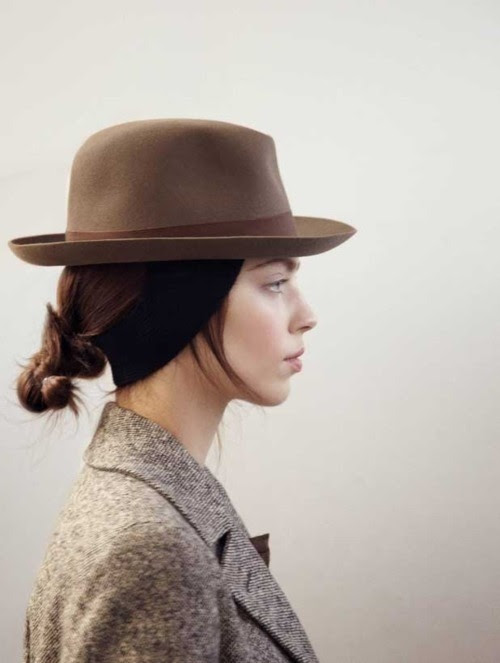 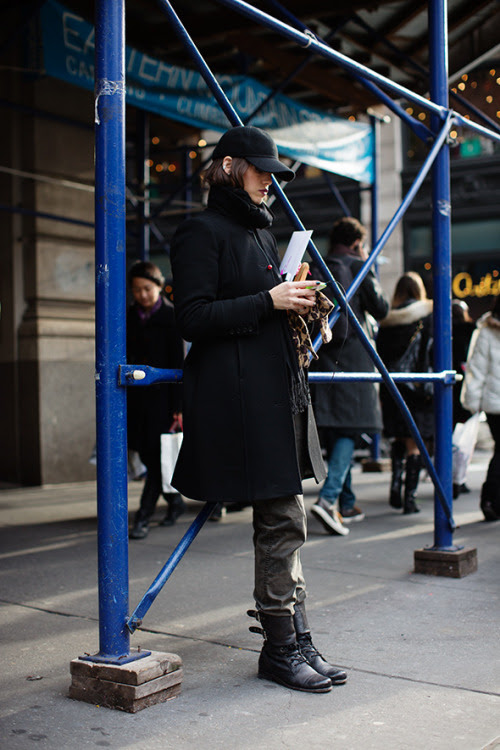 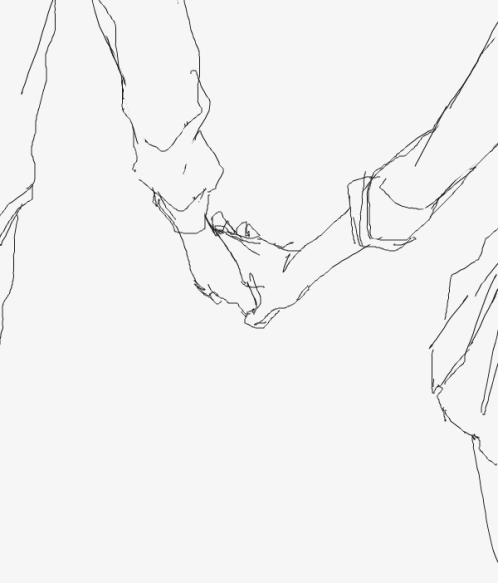 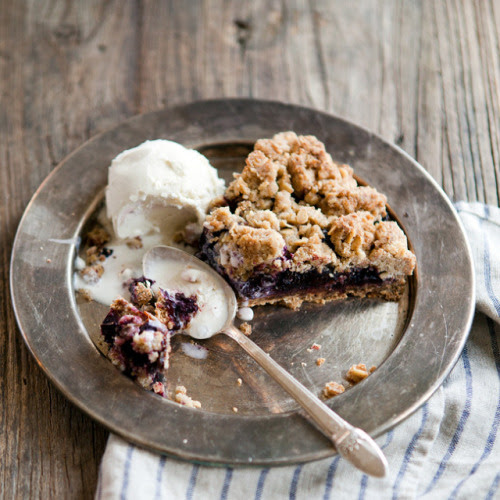 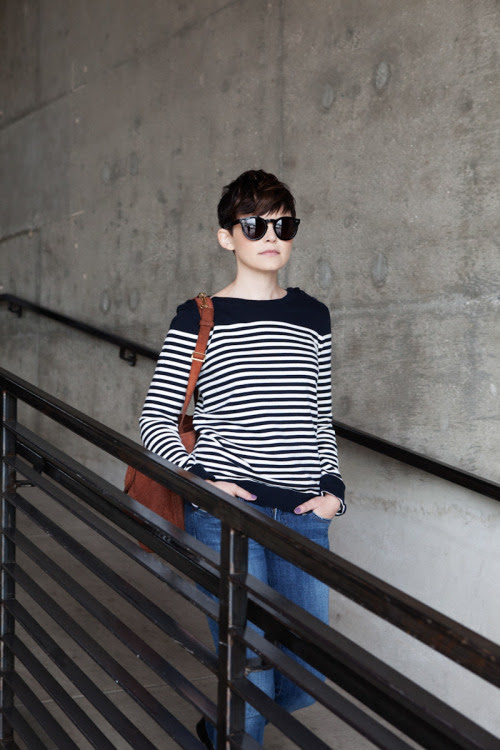 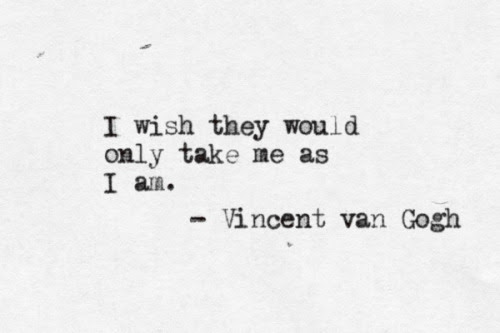 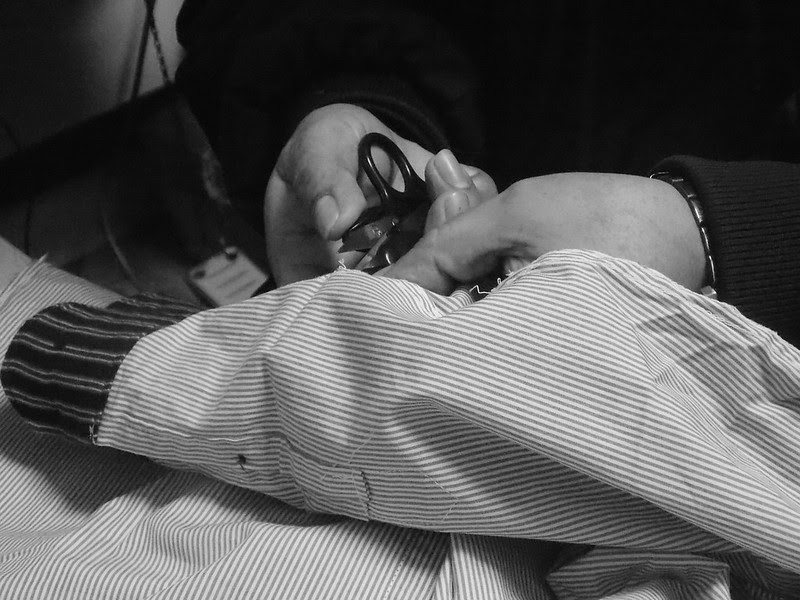 A picture out of many for an assignment I had to do for my publication and editing class. I decided to do portraits of my dad while he was working. They turned out better in black and white rather than in color. For some reason yesterday I thought it was Thursday. I was so excited too, I flipped the channel over to Project Runway and was bummed to find out it wasn't giving. And then my little sister pointed out that it was Wednesday.
So looking forward to the weekend. What about you?
at February 28, 2013 1 comment:

See the luck I had, can make a good man turn bad 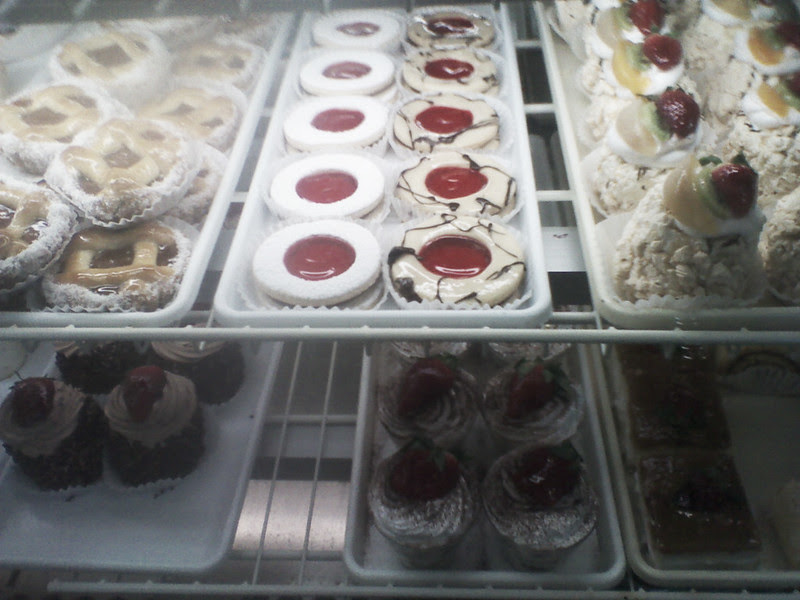 Sometimes these feelings can be so misleading 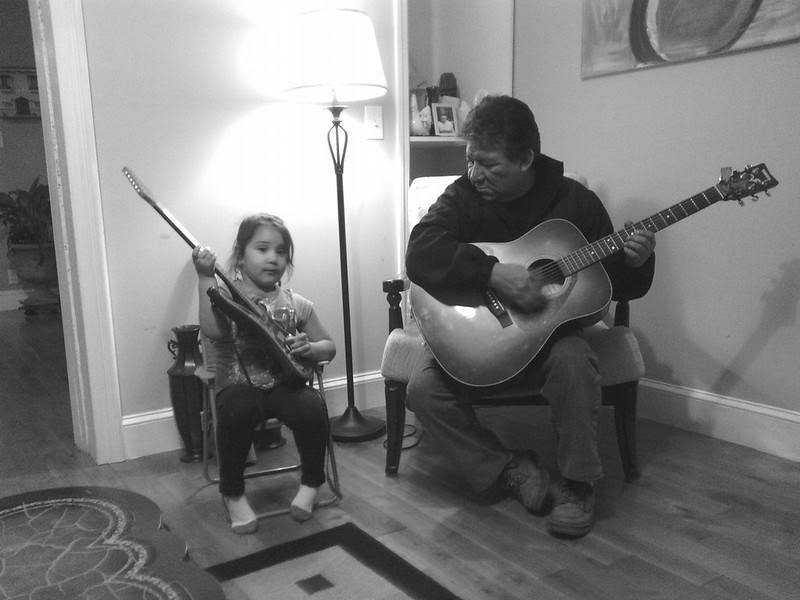 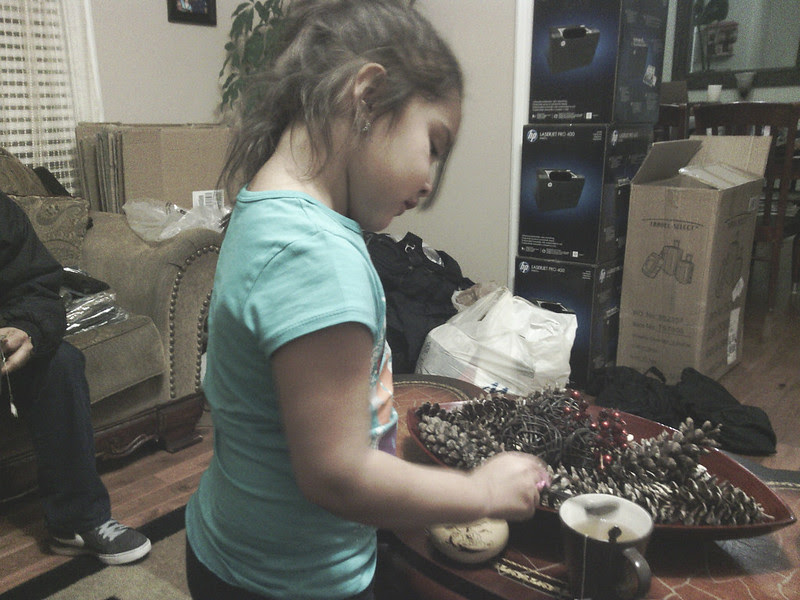 Thanks for the comments on my last post they were all so sweet and nice. So yesterday, I went over to my cousin's house because all of them are flying off to Bolivia. My parents had to drop off a whole bunch of goodies so they can deliver them to our family over there. While I was at my uncle's house my cousins daughter wanted to play her guitar because my uncle started playing songs so she wanted to mimic him. She had everyone laughing because after my cousins wife prepared us tea, she wanted to stir sugar in all our cups, and she went off to get us something to eat with our drinks. She came back with chocolate and candy.  Little kids, are so cute.
at February 23, 2013 1 comment:

Yesterday I just sent out my application in order to apply for a visa. And I'm just so stocked at the possibility of being able to officially work and get my license after finally being here for seventeen years It's fnally happening and. I'm just so thankful to be able to have this opportunity because its one less thing I have to worry about. Before this, I went through a point in my life, where you can't help but feel depressed. Although I might not have shown it to other people, I still felt it. It's something I carried with me and couldn't help but feel a sense of sadness. It's even harder when people say it'll be okay and in your head, your thinking that it won't because they don't know how you feel. They will never know or understand what is going through your mind unless they personally expiernce it. So, I just brushed it off and tried not to think about it because the more I did, the more I would find myself crying over it. But now, I feel that everything is slowly coming together and it brings me great joy to know that being patient pays off.
at February 21, 2013 19 comments:

He can roll with the punches, long as he feels like he's in control 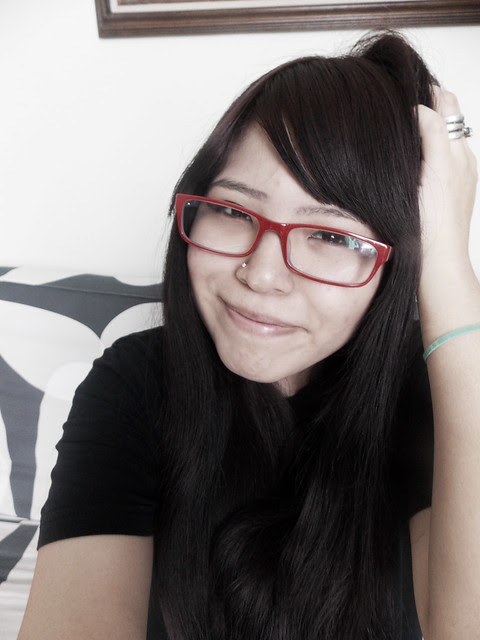 Got new glasses from Firmoo (company that specializing in optical glasses or sunglasses), been needing glasses for awhile because my other glasses are old, crooked, and somehow my dog got to them and bite it. So they have some dog marks on it, tsk tsk.  I haven't had the chance to get new one's so I was stocked when they asked me to review their product and get a pair for free.
What I liked about their product was it arrived fast, came with the case, and the color of the frame was really nice. Downside, bigger than I thought it would be. But been wearing them a lot lately, all I need is to get my prescription in them.
(Firmoo also has this program where first time buyers can get a free pair of glasses.)

On another note, my uncle who started this band is currently in Bolivia promoting his group since he got signed to a record label down there. They made a video for their band titled, "Grupo Suri" the song is called "Asi sera." It's in Spanish but it's a really catchy song.

Seen The Walking Dead yesterday? The ending was great, it had me jumping up and down. No lie...
at February 18, 2013 9 comments: 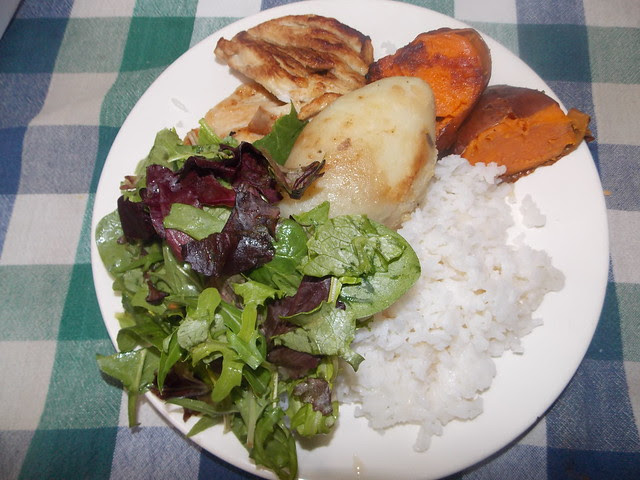 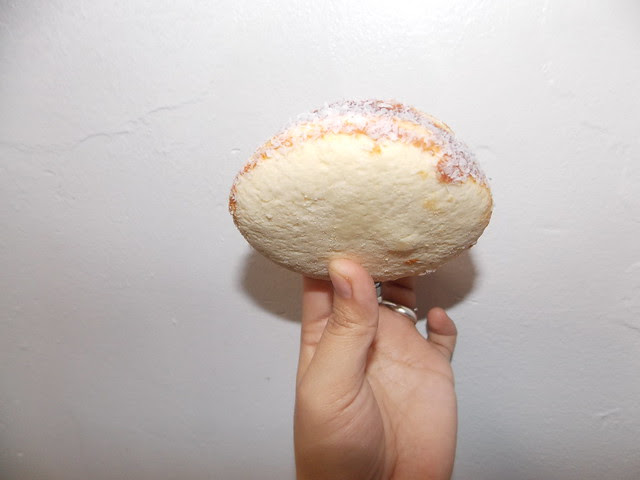 Have been
-cooking more as of late because this semester I'm only taking one class.
-trying to take more and more pictures, for my Publication & Editing class. Forcing me to see what consists of a good picture. New Assignment: Take portrait or documentary pictures (more than 30). I have absolutely no idea what or whom I want to photograph.
-Visiting new places
-Watching tons of youtube V-logs, getting more and more into it.

Just Today I watched the Hills Have Eyes both one and two, Saw IV and V, and The Collector.
Never switched the channel from Syfy, and I don't even know how I continued to watch Saw. I usually hate films that involve torture and gore, but I found myself watching it. Good thing, I don't live alone.
Walking Dead tomorrow hurrah! A lot of people were disappointed over the mid season premiere episode, but I liked it. Showed Rick's current state of mind, don't want to spoil anything, so won't say anything much about that.
Have a Great Weekend you guys!
at February 16, 2013 10 comments:

Whether single or in a relationship, today's a day to say "I love you" to your loved ones.
I personally don't believe their should be one day set to treat your loved one special, you should do this everyday and cherish the person your with. But regardless of what I think that this holiday is mostly used for commercialism, it's still nice to set aside time to celebrate abit with the person you find important to you. So I hope you guys have a great day and enjoy yourself whether with friends or your date. :)
at February 14, 2013 2 comments: 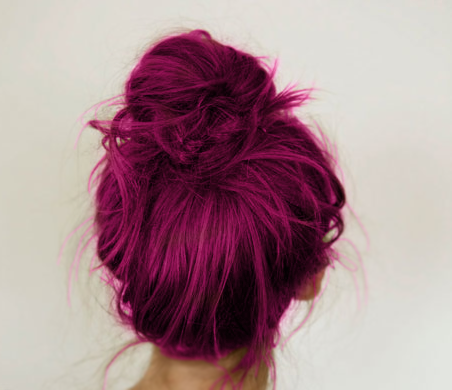 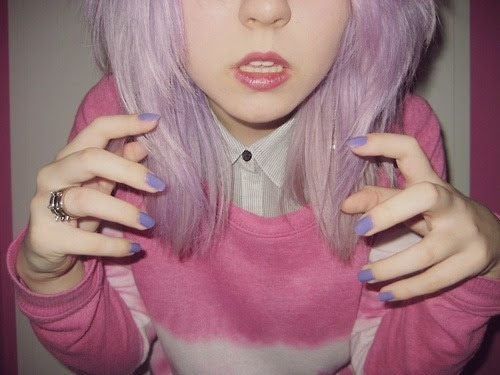 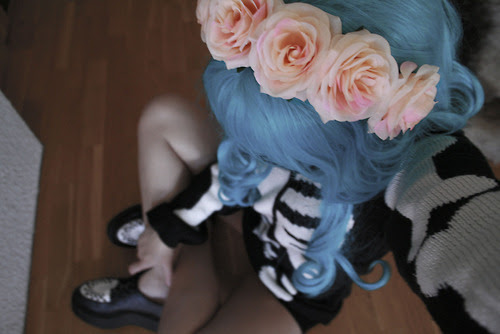 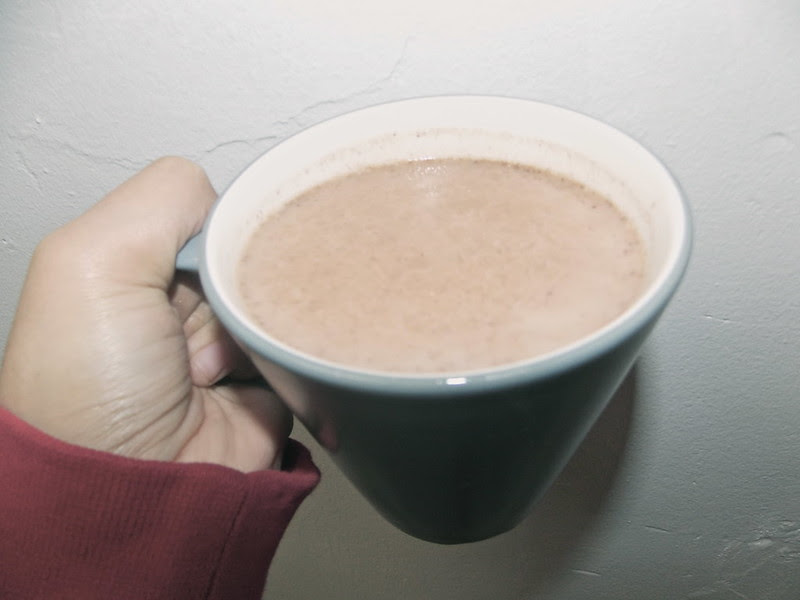 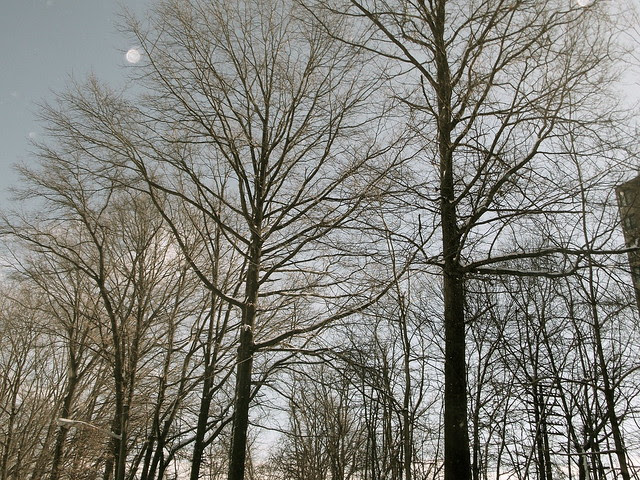 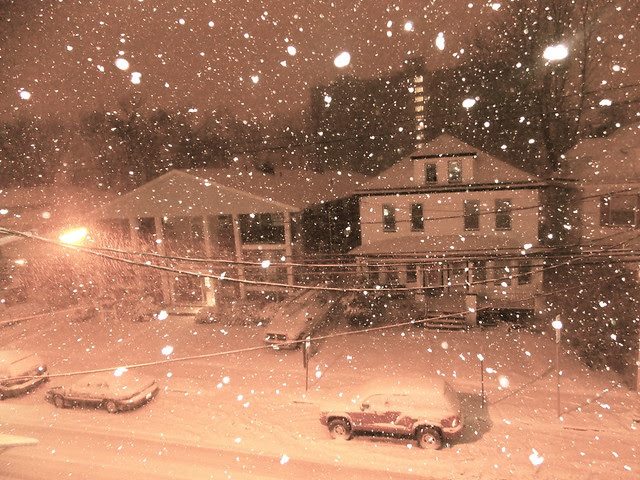 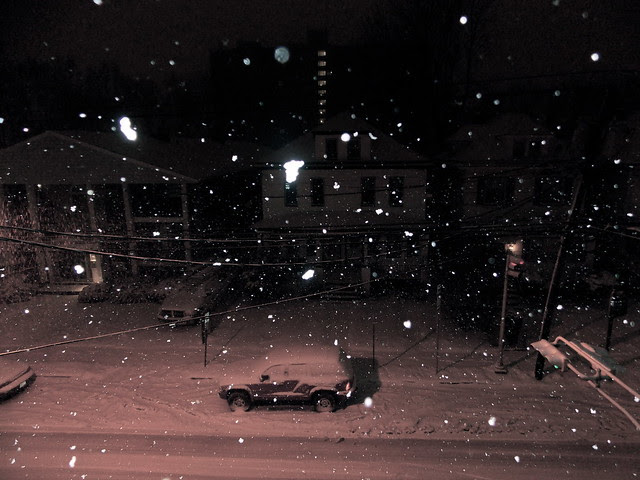 It actually managed to snow a lot yesterday. I woke up in the middle of the night to catch the shots of the snow coming down. It was nice to see the snow falling and watch the streets that were all deserted in the night.
Besides that, I tried to dye my hair these last couple of days and none of the dye's I used work. So now I know that once you dye your hair jet black, there's no going back to any other color. I'm giving up on having it done myself, and just going to do it in a salon. And I'm beyond excited for The Walking Dead tomorrow, watched it from the first premiere and I've been  hooked on it ever since. Would certainly have a Walking Dead viewing party if more of my friends actually watched it. Shame, shame. Have a great weekend you guys!
at February 09, 2013 11 comments: 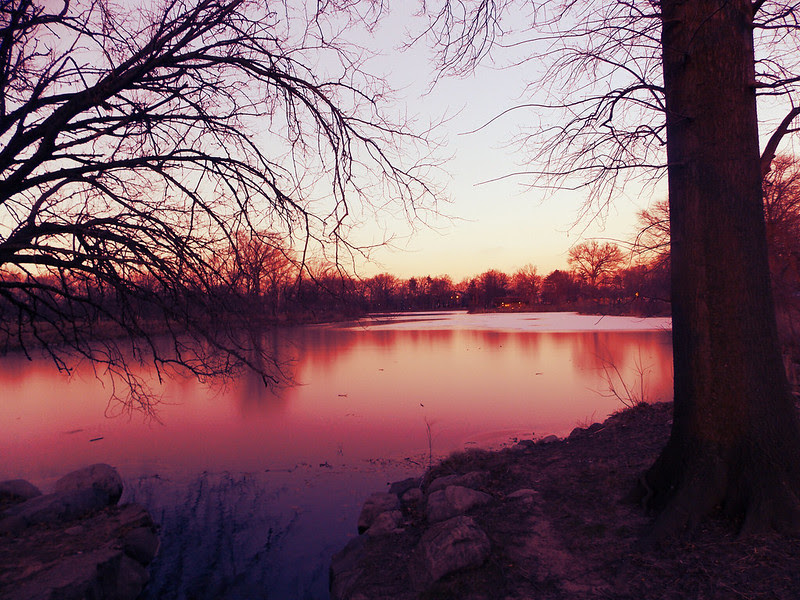 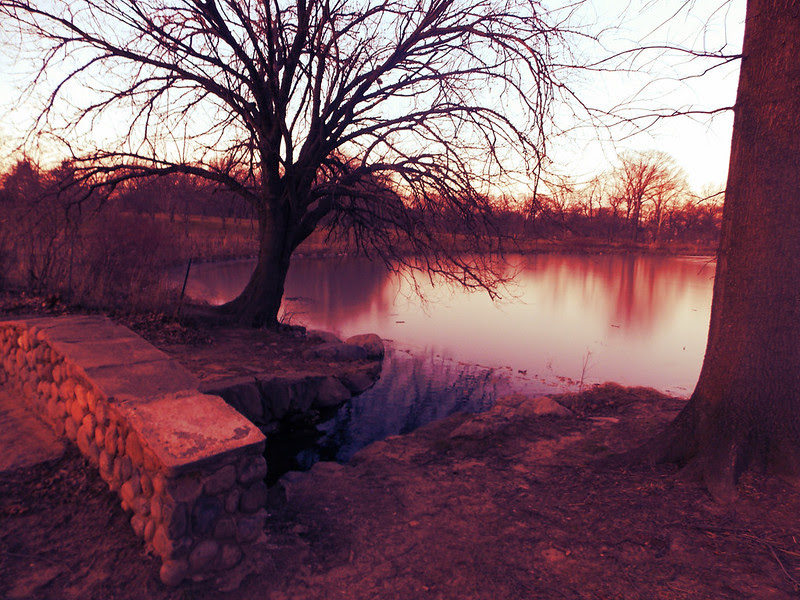 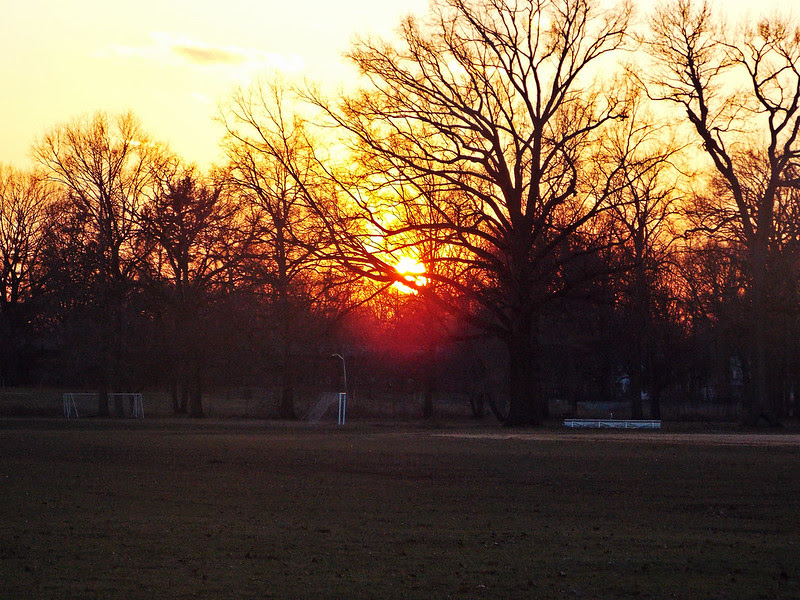 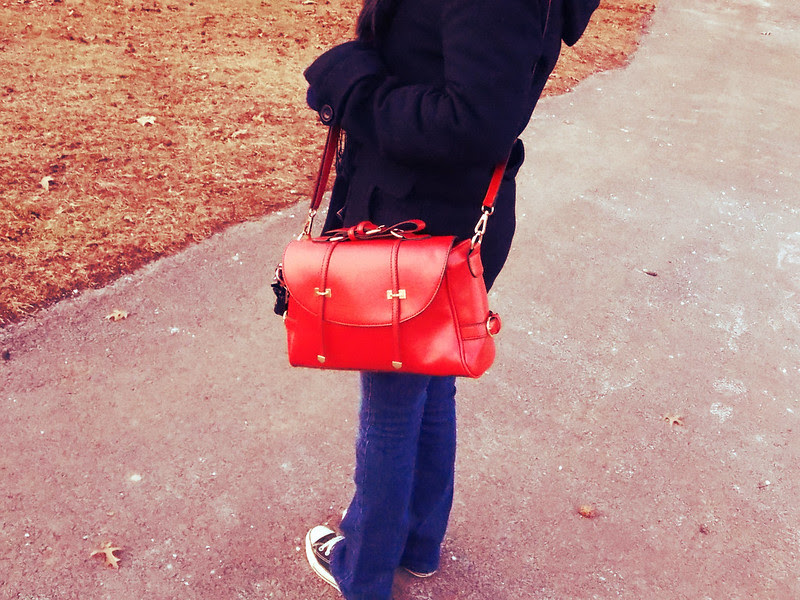 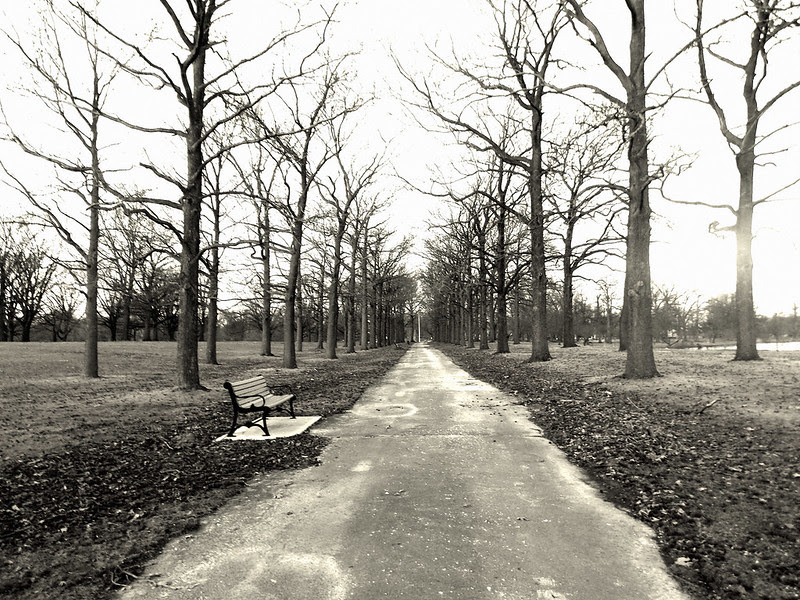 Thanks for the comments on my last post, I'm so excited over making three years with my boyfriend. Time sure passes by fast. Speaking of which I had to go back to my high school in order to get a transcript and it felt so weird walking those halls again. In a way I miss those high school days. I miss worrying over such petty things such as dreading over playing gym because face it, I suck at any sport. I miss passing notes in class, eating together with friends in the cafeteria and making silly noises in class. All those things I didn't notice at the moment are now precious to me because it was a time where everything was different.  Can't re-live it, now.  Gah, finding myself reminiscing now.  Are their any moments you cherish from high school? Would love to hear.
at February 05, 2013 5 comments: